Introduction (Eng): The environmental effect is commonly used to explain the excess of gas-poor galaxies in galaxy clusters. Meanwhile, the presence of gas-poor galaxies at cluster outskirts, where galaxies have not spent enough time to feel the cluster environmental effect, hints at the presence of preprocessing. Using cosmological hydrodynamic simulations on 16 clusters, we investigate the mechanisms of gas depletion of galaxies found inside clusters. The gas-depletion mechanisms can be categorized into three channels based on where and when they took place. First, 34% of our galaxies are gas poor before entering clusters (“preprocessing”). They are mainly satellites that have undergone the environmental effect inside group halos. Second, 43% of the sample quickly became gas deficient in clusters before the first pericentric pass (“fast cluster processing”). Some of them were group satellites that are low in gas at the time of cluster entry compared to the galaxies directly coming from the field. Even the galaxies with large gas fractions take this channel if they fall into massive clusters (≳1014.5 M ⊙) or approach cluster centers through radial orbits. Third, 24% of our sample retain gas even after their first pericentric pass (“slow cluster processing”) as they fall into the less massive clusters or have circular orbits. The relative importance of each channel varies with a cluster’s mass, while the exact degree of significance is subject to large uncertainties. Group preprocessing accounts for one-third of the total gas depletion, but it also determines the gas fraction of galaxies at their cluster entry, which in turn determines whether a galaxy should take the fast or slow cluster processing. 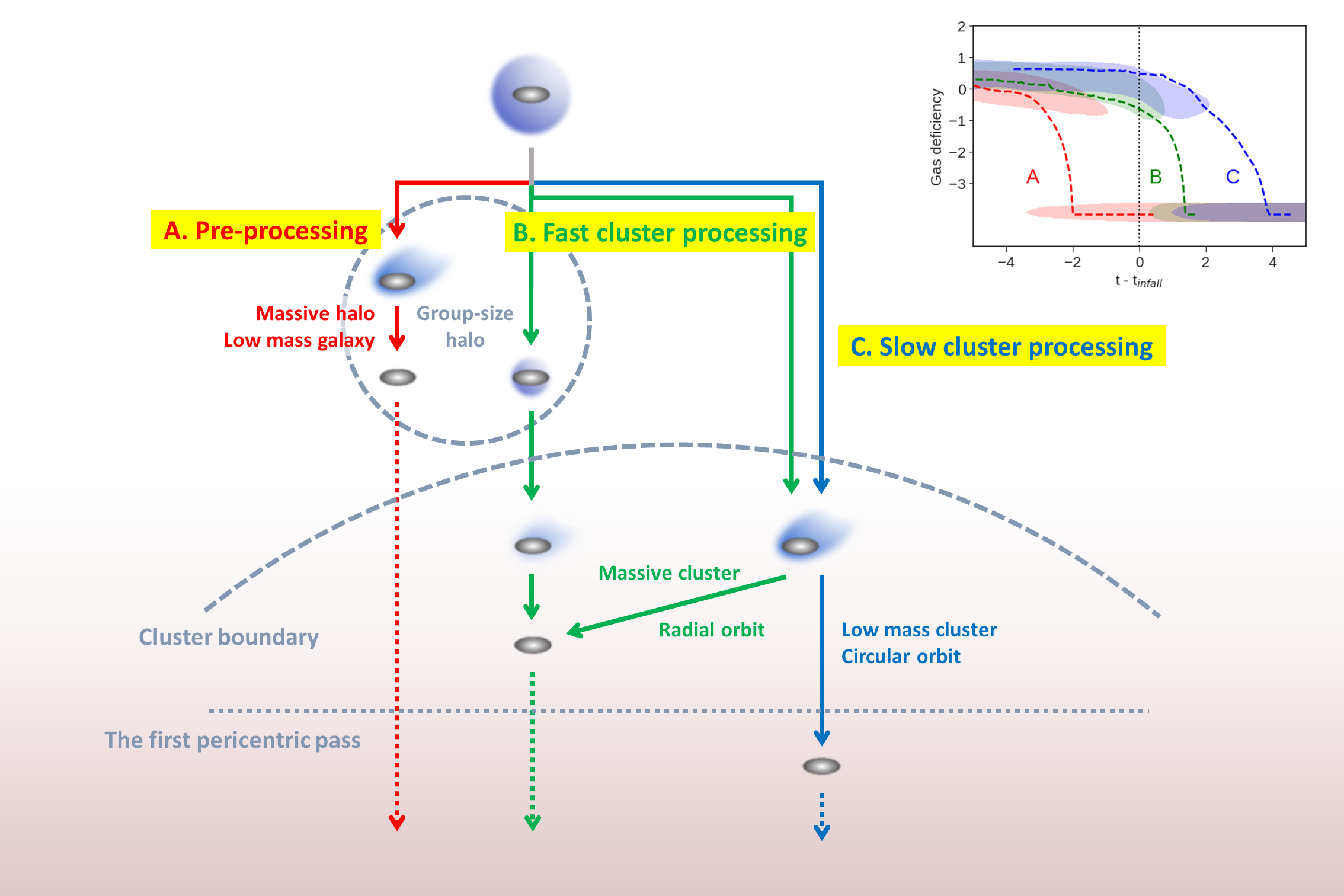 다음글
YZiCS: Preprocessing of Dark Halos in the Hydrodynamic Zoom-in Simulation of Clusters