제목
Deep lensing with a twist: E and B modes in a field with multiple lenses

Deep lensing with a twist: E and B modes in a field with multiple lenses

Introduction (Eng): We explore the weak lensing E- and B-mode shear signals of a field of galaxy clusters using both large-scale structure N-body simulations and multicolour Suprime-cam & Hubble Space Telescope observations. Using the ray-traced and observed shears along with photometric redshift catalogues, we generate mass maps of the foreground overdensities by optimally filtering the tangential shear that they induce on background galaxies. We then develop and test a method to approximate the foreground structure as a superposition of Navarro-Frenk-White-like haloes by locating these overdensities and determining their mass and redshift, thereby modelling the background correlated shear field as a sum of lensings induced by the foreground clusters. We demonstrate that the B-mode maps and shear correlation functions, which are generated by similarly filtering the cross shear in this method, are in agreement with observations and are related to the estimated cluster masses and locations as well as the distribution of background sources. Using the foreground mass model, we identify several sources of weak lensing B modes including leakage and edge effects, source clustering, and multiple lensing which can be observed in deep cosmic shear surveys. 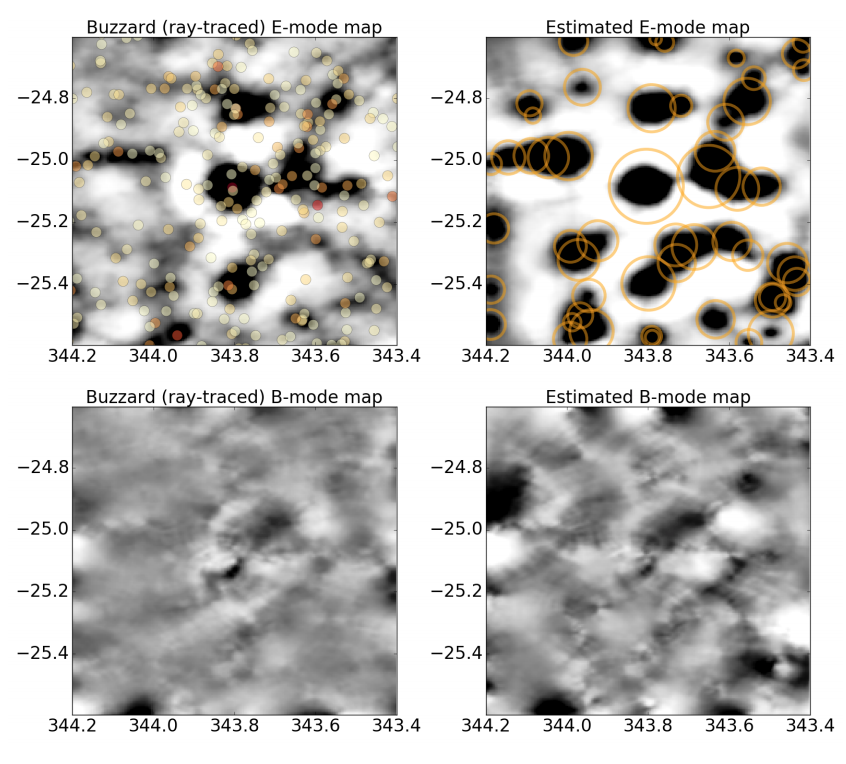 이전글
YZiCS: Preprocessing of Dark Halos in the Hydrodynamic Zoom-in Simulation of Clusters